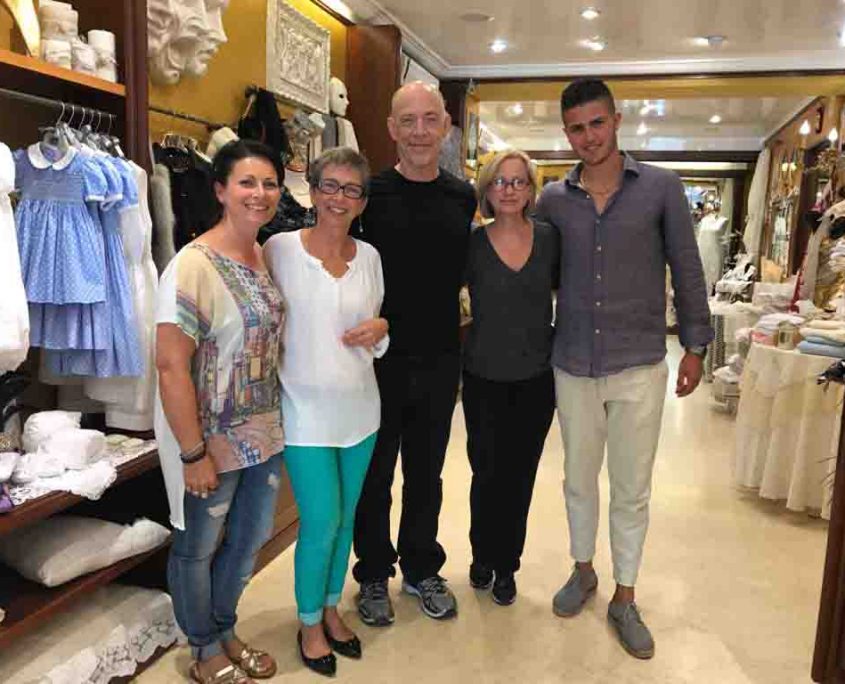 J.K Simmons, A talent that has done so many collaborations with established directors and engagement in television series. During a visit to Venice, He fortunately decided to visit Burano coming in our shop to admire our beautiful lace.