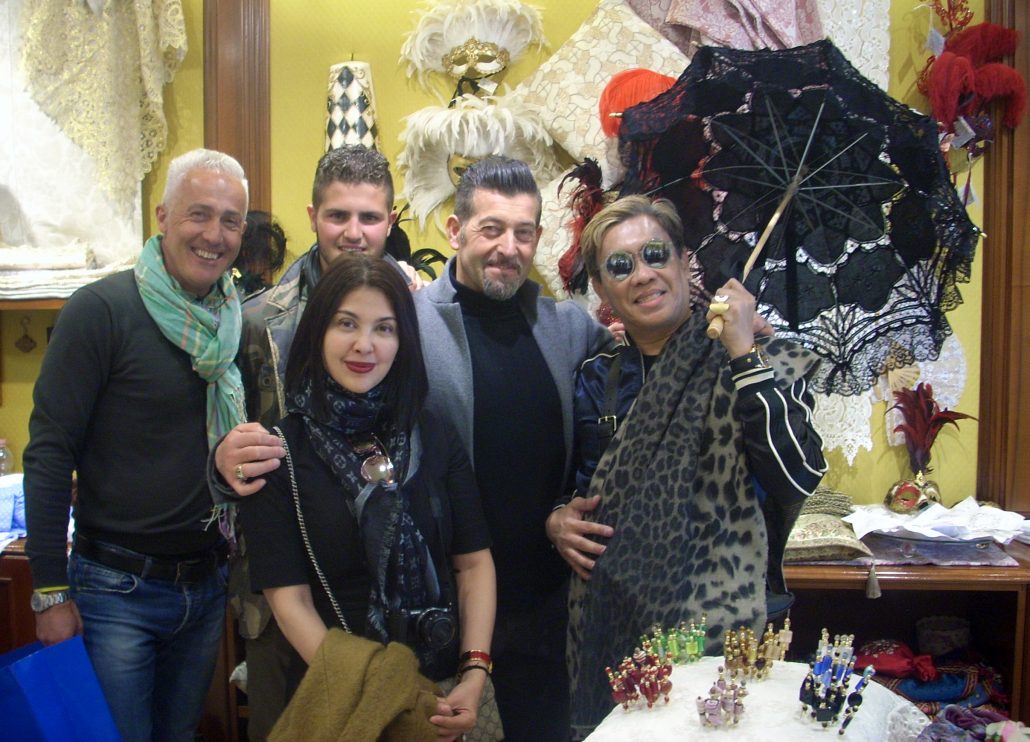 Pops Fernandez, known as the concert queen, but other than singing she is also an entertainer, entrepreneur, TV host and actress. Visiting Venice, she also passed by Burano showing interest in our handmade lace.

Fernandez was awarded the Best Female Musical Variety Show Host at the Philippine KBP Golden Dove Awards in 1999. She has also toured the United States, Japan, Hong Kong, Guam and Italy promoting her music to Philippine audiences. She also released her album Shindig Live in 2001.

She recorded a series of songs that reached the top of the Philippine charts and attracted a sell-out crowd in venues such as the Araneta Coliseum and the Rizal Football Stadium, as well as the General Motors Palace in Vancouver

Carol Alt, a top model in the middle of the lace of Burano